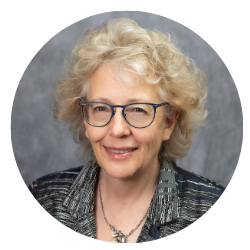 Through a lifetime of professional and personal worldwide experiences, Ms. Vicklund has observed the importance of developing skilled leaders who are value-based problem solvers, as well as continually improving the delivery of quality higher education to those who want to learn. As Chief Social Responsibility Officer, Ms. Vicklund supports Peregrine’s increased strategic focus on impacting local, regional, and global communities through volunteerism, philanthropy, and ethically oriented activities. Throughout her 20 years with Peregrine, Laurel has been integral to fostering international and cross-cultural relationships, providing guidance and direction, and growing this company to be where it is today.

In addition, Ms. Vicklund serves the important role of President of Peregrine Global Foundation, our charitable arm, which solicits and uses donations from Peregrine Global and other donors to help fund educational opportunities around the world. She identifies opportunities to use these funds to remove barriers that prevent students from attending school and getting an education. She works with online colleges to uncover other educational opportunities and grants for people who need assistance in getting an education or finishing schooling. She has uncovered opportunities to facilitate education within developing parts of the world, while also helping schools in those areas to obtain accreditation, which strengthens their authority and credibility. This allows graduates of those schools to secure jobs in their own country/community, rather than businesses bringing in foreign workers to fill those roles. She currently works hand in hand on a partnership with Southern New Hampshire University’s Global Education Movement in Africa, which entails promoting educational opportunities in refugee camps.

Ms. Vicklund came to Peregrine Global with nearly 40 years of professional experience — primarily in the energy sector — most recently serving as Senior Environmental Scientist/Engineer Powder River Basin of Wyoming. She has demonstrated a history of service and “giving back,” and is heavily involved in various ecological causes. She leads professional affiliations dedicated to habitat development for the threatened Sage-grouse, mining reclamation, and more. She has served as President of the American Society of Mining and Reclamation (ASMR) and has spent more than two decades committed to related causes. Ms. Vicklund was named Wyoming Business Report Woman of Influence in the Energy Sector in 2015 and received the Reclamationist of the Year from ASMR in 2002. She has also been a project manager for several environmental and archaeological projects that received state and national reclamation awards. She has authored or coauthored 16 publications in those areas and has presented on these and other topics across the world, including in Mongolia, Kazakhstan, and Australia.

Outside of the office Ms. Vicklund is an avid hunter and angler and was named Sportswoman of the Year by the Northwest Wyoming Chapter of Sportsmen for Wildlife in 2011.  She loves photography and takes her camera wherever she goes. She also enjoys creating metal artwork, woodworking, and making furniture.

Ms. Vicklund cites Theodore Roosevelt’s “Man in the Arena” as an inspiration in her life to constantly be trying, rather than sitting idle.

“It is not the critic who counts; not the man who points out how the strong man stumbles, or where the doer of deeds could have done them better. The credit belongs to the man who is actually in the arena, whose face is marred by dust and sweat and blood; who strives valiantly; who errs, who comes short again and again, because there is no effort without error and shortcoming; but who does actually strive to do the deeds; who knows great enthusiasms, the great devotions; who spends himself in a worthy cause; who at the best knows in the end the triumph of high achievement, and who at the worst, if he fails, at least fails while daring greatly, so that his place shall never be with those cold and timid souls who neither know victory nor defeat.”