Social scientist Bruce W. Tuckman published his seminal work in 1965 on the stages of team development, which became known as The Tuckman Model. These stages include Forming, Storming, Norming, and Performing. A fifth stage, Adjourning, was added later. Each of these stages requires unique leadership approaches to help move the team through the stages to reach the desired Performing stage.

This module explains the Tuckman Model and shows how to effectively lead teams in each stage.

Do you want to discover all we have to offer to help you or your students and employees develop as leaders? Check out our Leadership Development Solution to learn more.

Peregrine offers a consultative approach to providing and delivering real solutions to real challenges. We welcome you to contact us to discuss the needs of your institution and learners.

Leading Edge Learning: Competency-Based Modules give you easy access to engaging and dynamic content that supports key workplace competencies. Explore the features and unique capabilities of our modules below. 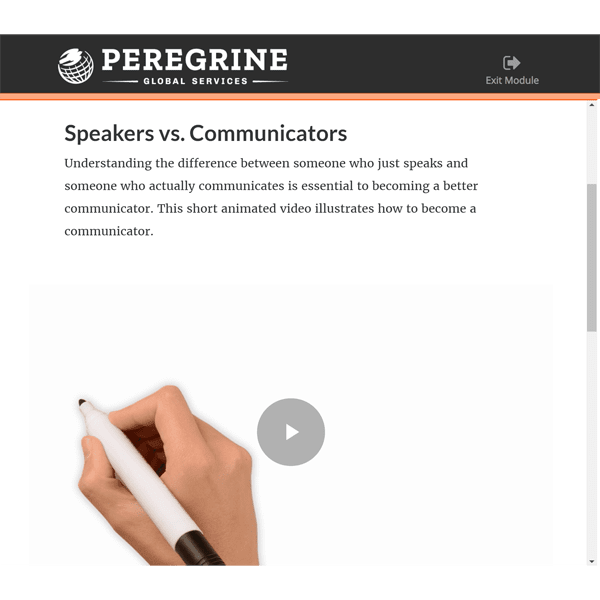 Easy to use navigation shows what has been completed and what remains to be completed in each module. Learners can return to the module with unlimited access to the instructional material for up to 2 years. 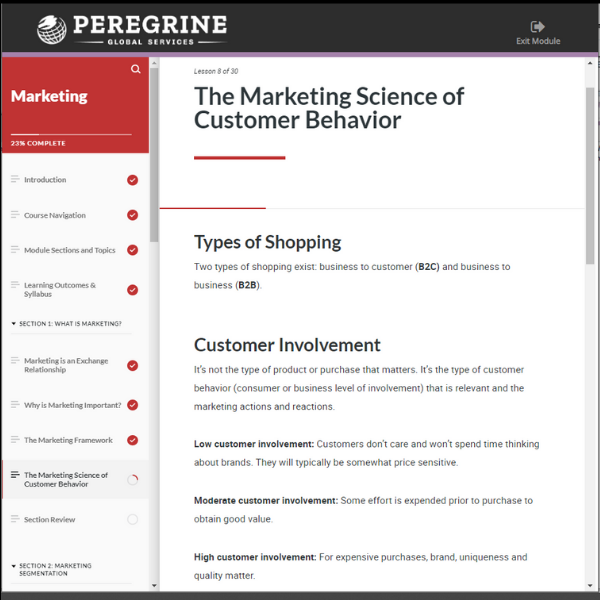 All modules are organized into sections, and each section includes instructional content related to specific topics. At the end of each section, the learner is presented with a short section review to reinforce concepts. 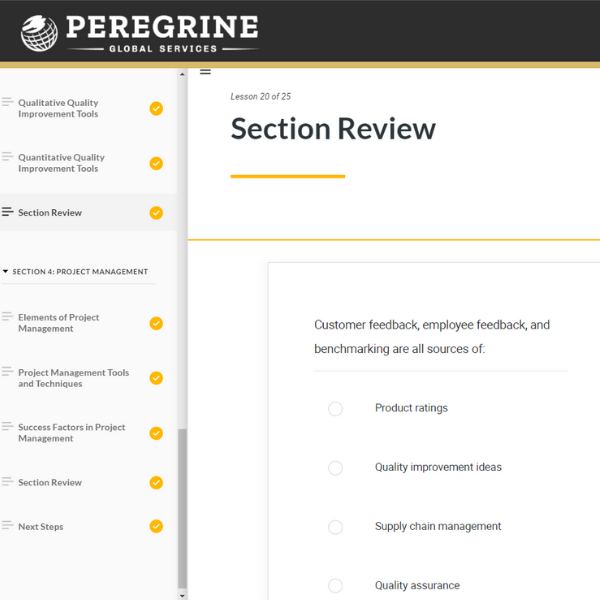 Leadership in the Stages of Team Development Learning Outcomes

Throughout the course of this module, learners can expect to meet the following learning outcomes:

At Peregrine, we believe in taking a solution-based approach to solving the needs of our thought-partners. The Leadership in the Stages of Team Development module supports our Workplace Skills Development Solutions.

+ Include the module in an undergraduate course on leadership.
+ As an education module within a graduate program that includes leadership.

Great for all Types of Learners 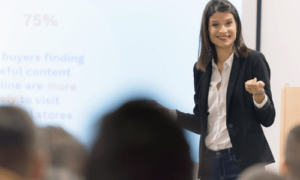 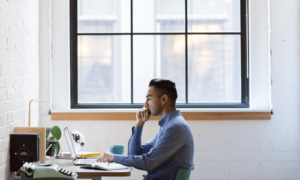 You can easily purchase access to this resource online. Just click the “Purchase” button below to get started. When you purchase a module, you can:
+ Access modules online and on-demand from anywhere.
+ Get unlimited access to module content for 2 years after purchase date.
+ Receive certificate of Completion available upon module completion.

Extend your professional development and gain knowledge at our events and webinars.